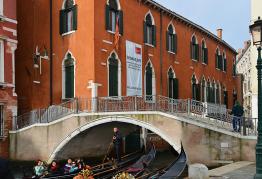 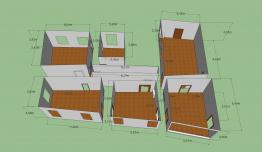 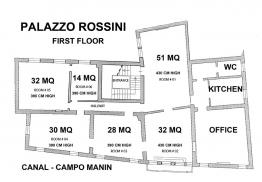 History of the family

The most prominent family who lived in Palazzo Rossini, was the Pisani family, they are one of the most ancient of the Venetian aristocraticy.

The origin of the descent is quite uncertain, and all we know is just based on tradition and not on given facts. There is one hypothesis that affirm that the family derives from Bassi counts (others think that they came from Luxi family) of Pisa, that arrived in Venice in 905 AD (or 804) and then were called Pisani thanks to the provenance. Another hypothesis shows a relation with the Roman family Calpurini Pisoni.

The Pisani family have had an important role between the XII and XVII century in the history, politics and economy of the Venetian Republic. During these years some branches of the family started to acquire a bigger role. These were divided on the basis of the area where they used to live in Venice: San Marco, Santo Stefano (the most prestigious), Santa Maria del Giglio, San Paolo, San Vitale, Santa Marina.  At the end of the XIX century the principal male line, that of Santo Stefano, became extinct.

Some of the most famous personalities of Pisani family were important dogi in Venice, except for Vettor Pisani that was the captain of the Venetian fleet during the second half of the XIV century. He leaded his fleet to a big victory against Genova in 1379-1380.