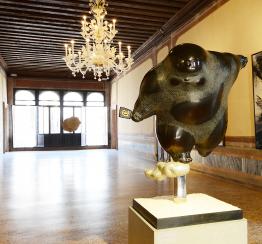 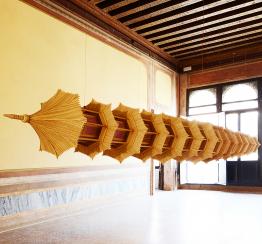 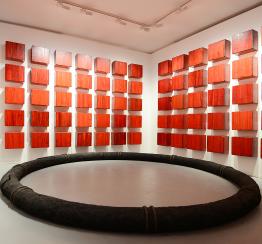 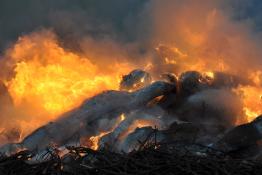 As part of the Collateral Events of the 55th International Art Exhibition, PERSONAL STRUCTURES presents a large combination of established artists and artists whose practice is less well known. Coming from different parts of the world and expressing themselves in divers ways, what they have in common is a dedication to the concepts Time - Space and Existence. Curated by Francesca Crudo, Sarah Gold, Carol Rolla and Valeria Romagnini, PERSONAL STRUCTURES was held at Venice's prestigious Palazzo Bembo, which overlooks the Grand Canal and is located near the Rialto Bridge.

NATIONAL PAVILLION OF KUWAIT
The National Council of Culture, Arts, and Letters presents Kuwait's first Pavilion at the 55. International Art Exhibition - la Biennale di Venezia. Under the general theme of "The Encyclopaedic Palace", proposed by Massimiliano Gioni director of this edition, the exhibition explores two major works by sculptor Sami Mohammad (b. 1943) along with a new photographic production by Tarek Al-Ghoussein (b. 1962). Curated by Ala Younis, National Works disassembles symbols of grandeur in paused/post glorious times, in an attempt to re-interpret Kuwait's modernization project.

LAWRENCE WEINER: THE GRACE OF A GESTURE
THE GRACE OF A GESTURE, an artwork by Lawrence Weiner, forms the centrepiece of an exhibition organised by the Written Art Foundation and presented on the ground floor of the Palazzo Bembo near the Rialto bridge. A component of it is the installation of THE GRACE OF A GESTURE which will appear on five of Venice’s major sources of transportation, the vaporetti. It will transport the work through the Canal Grande, the Arsenale, the Giardini and beyond. The work will be shown in ten different languages ranging from Chinese to Japanese to Arabic to Hebrew. Included in the exhibition at Palazzo Bembo will be another four works by Weiner originally created for his exhibition Displacement at the New York Dia Center for the Arts in 1991.

THOMAS ZIPP
Comparative Investigation about the Disposition of the Width of a Circle
The Berlin-based artist, Thomas Zipp, incorporates a range of different methods and media in his work. He is a painter and drawer, makes three-dimensional objects and sculptures, and works with photography and film. He also employs collage and assemblage techniques, although his main focus is on installation works. His exhibitions are based on spatially large presentations, in which single works such as paintings, drawings or photographs are incorporated. The artist usually gives his exhibitions a motto, which provides him with a theme-based focus for his ensembles.